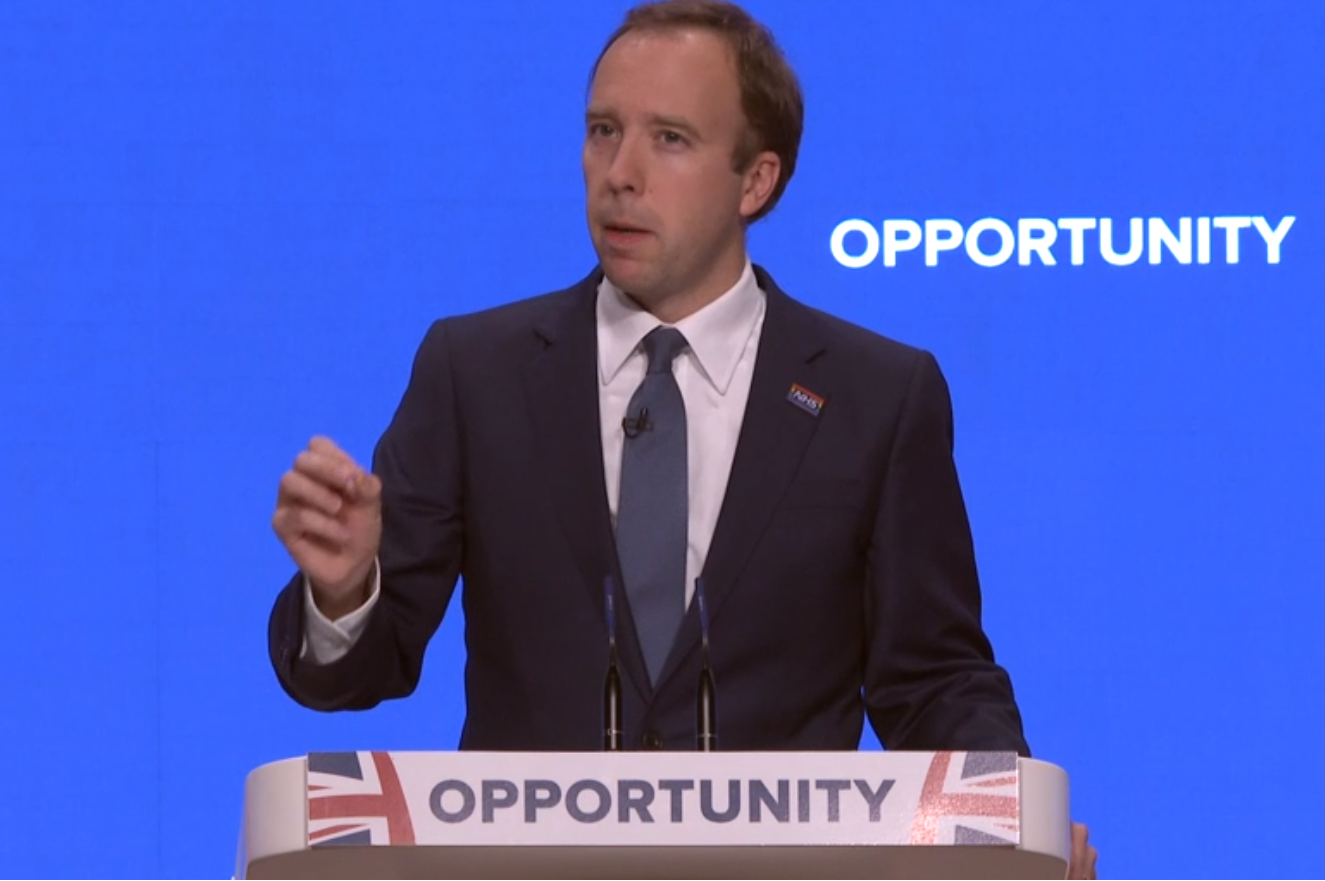 Health secretary Matt Hancock has discussed the impact of technology on children’s health and announced an ambitious intention to expand the current 100,000 Genomes Project.

Speaking at the Conservative Party Conference in Birmingham this week, Hancock revealed that he is dyslexic, and said he might never have achieved career success without the use of spellchecker technology.

The Health secretary admitted that technology could have a detrimental impact on the mental health of young people but added that it could also help them to succeed.

Hancock said, “Technology can be an enormous enabler. I’ll give you one example. I have never really talked about this before, but I am dyslexic and I didn’t ﬁnd that out at school. I found out at university, when a tutor said, ‘You are good orally, but you cannot get it down on paper.’

“I think if Microsoft had invented spellcheck ﬁve years later it would have had a massive negative impact on my career. By the time I got to the workplace, everything was done on word processors and that solved my very serious spelling problem,” he said.

Hancock said, “Overwhelmingly technology is a force for good, but we are seeing more and more evidence that children using social media sites for hours on end each day is having a detrimental impact on their mental health”.

The CMO is expected to publish interim findings from the review in December.

Hancock also announced his department’s intention to expand the current 100,000 Genomes Project, with the NHS and a medical research project called UK Biobank aiming to sequence one million genomes over the next five years.

He said, “I’m proud to announce we are expanding our 100,000 Genomes Project so that one million whole genomes will now be sequenced by the NHS and the UK Biobank. I’m incredibly excited about the potential for this type of technology to improve the diagnosis and treatment for patients to help people live longer, healthier lives – a vital part of our long-term plan for the NHS.”

“Today’s commitments form part of our bold aspiration to sequence 5 million genomes in the UK, using ground-breaking technology to do this within an unprecedented 5-year period,” he added.

The government aims to kickstart a genomics industry, aiming to make the UK a leader in the field.

A report by the House of Commons’ Science and Technology committee, published in 2018, said genomics has the potential to transform medical care across the world and in the NHS as well as dramatically improve patient outcomes in the UK and globally, but currently, the digital infrastructures in the NHS are “not up to scratch”.

The committee said, “The Government must continue, and increase, its investment in digital infrastructure and ensure that the NHS workforce is prepared for the new challenges associated with collecting, analysing, and acting upon genomic data.”

It added, “Significant digital infrastructure is needed to support routine genomic medicine, and it is welcome that some centres and hospitals already have solutions in place. However, the wider programme to improve NHS infrastructure is running to a later timeframe than the planned Genomic Medicine Service.”

The committee pointed out that the introduction of whole genome sequencing into routine NHS care will lead to growing volumes of genomic data being linked to medical data, raising issues around consent and access.

“Genomics England should seek to maximise the commercial value of its datasets and continue to provide industrial and academic access to these data to facilitate the growth of the UK genomics industry and the development of new treatments, while ensuring consent and data safety safeguards,” the committee said.

The UK is among the signatories of the European Declaration on linking genomic databases across borders.

The declaration is an agreement of cooperation between the countries that are investing in providing secure and authorised cross-border access to national and regional banks of genetic and other health data, in accordance with all EU data protection rules.

The declaration was originally launched on April 10 during the Digital Day and has been since then signed by Austria, Greece, Bulgaria, Croatia, the Czech Republic, Cyprus, Estonia, Finland, Italy, Lithuania, Luxembourg, Malta, Portugal, Slovenia, Spain, Sweden and the UK.