An abandoned mine shaft beneath the town of Mansfield, England is an unlikely place to shape the future of cities. But here, researchers from University of Nottingham are planning to launch a “deep farm” that could produce ten times as much food as farms above ground.  Deep farms are an example of what the latest wave of smart cities look like: Putting people first by focusing on solving urban problems and improving existing infrastructure, rather than opening shiny new buildings.

So instead of chasing ribbon-cutting opportunities in city centres, planners, community leaders and researchers are coming together to tackle mundane but serious issues, such as improving poor quality housing, safeguarding local food supplies and transitioning to renewable energy.

You may already be living in a smart city – here’s what to look out for. 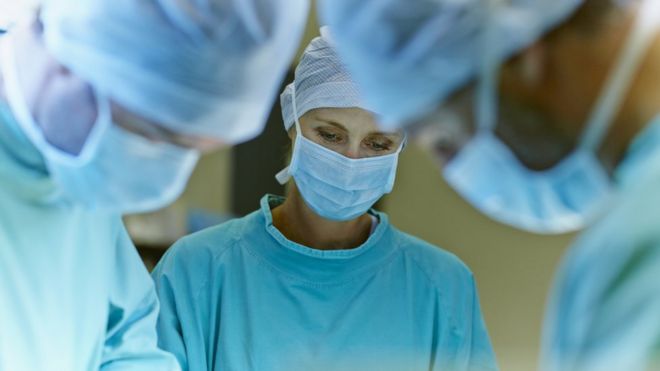 The NHS in England is setting up a national artificial intelligence laboratory to enhance care of patients and research.

The Health Secretary, Matt Hancock, said AI had “enormous power” to improve care, save lives and ensure doctors had more time to spend with patients.

He has announced £250m will be spent on boosting the role of AI within the health service.

However, AI will pose new challenges including protecting patient data.

What can AI do in health?

The advanced computer software is already showing its potential to revolutionise medicine in fields ranging from diagnosing patients, gleaning new insights into diseases and improving how hospitals run.

Artificial intelligences thrive when an algorithm can learn from huge amounts of data to spot patterns.

Medical imaging – where an AI can be trained on thousands of scans – has led the charge. 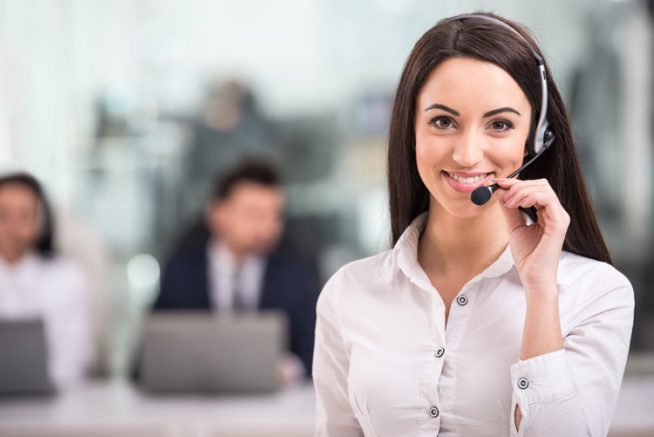 Outsourcing contracts worth £938 million were signed between April and June, up 34 per cent on Q1, according to the Arvato UK Outsourcing Index.

A rise in government spending saw the UK outsourcing market rebound in Q2 after a quiet first quarter, according to the Arvato UK Outsourcing Index.

The research, compiled by business outsourcing partner Arvato CRM Solutions UK and industry analyst NelsonHall, showed that contracts worth a total of £938 million were signed by UK organisations between April and June, up more than a third (34 per cent) on the previous quarter.

Business process outsourcing (BPO) deals accounted for almost all (98 per cent) of the contracts signed over the period, with customer services, HR and revenues and benefits being the most popular service lines.

Central government departments procured the majority of public sector deals between April and June, according to the findings, signing agreements worth £470 million. Local government buyers were less active over the period, agreeing deals with a total value of £20 million.

The findings show private sector outsourcing spend was dominated by energy and utilities companies, as firms in the sector focused on securing tech contracts. Contracts worth £284 million were signed for application and network management and end user computing. Manufacturing companies were the second highest spenders, with the total value of deals signed reaching £118 million.

On 24 July 2019, as jubilant Conservative party members emerged from Boris Johnson’s victory speech in Westminster, one supporter was heard to remark Johnson had promised to “insert high-speed broadband into every orifice of every home”.

Earlier in his leadership campaign the tousle-headed presumptive PM had rubbished the government’s target of national full-fibre broadband coverage by 2033, saying Britain needed to ditch its “mañana approach” to broadband and “unleash full-fibre for all” by 2025.

But let’s be honest here. Knowing everything that has happened up to now, every concern over competition, every niggle with BDUK, every broken promise, every bit of spin over fibre-to-the-cabinet, is this new ambition in any way achievable? Will it be met? Can it be met? I don’t think so for one second.

Here’s one horrible, albeit entirely speculative and made up, version of what might happen to stop it… 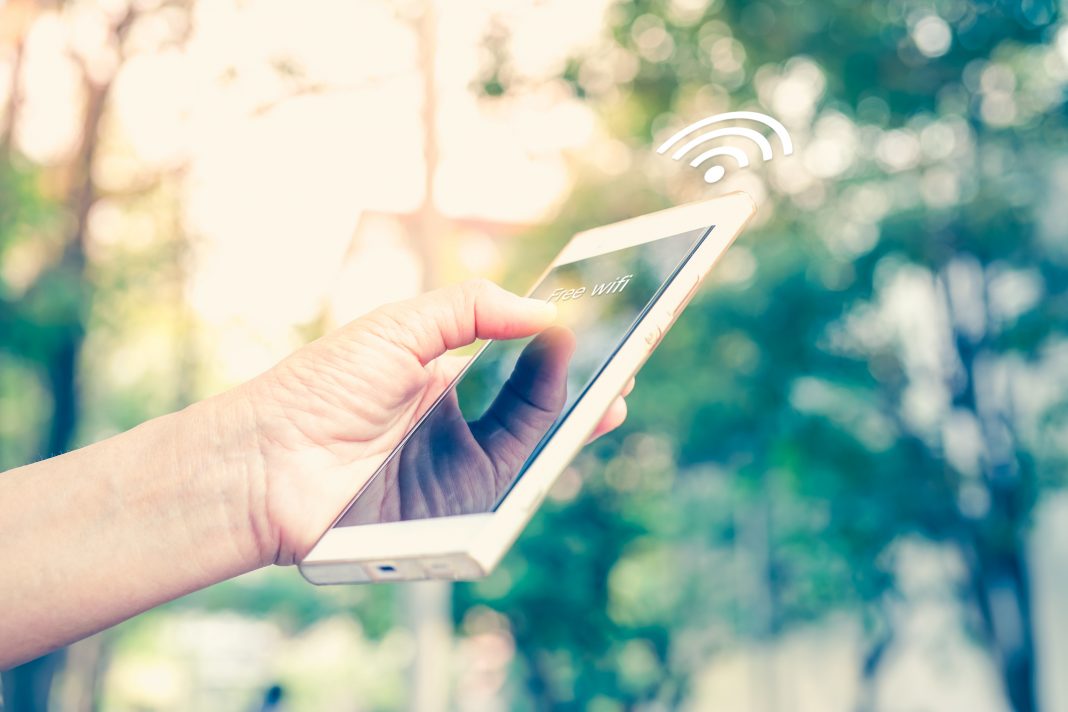 Paul Doe, Regional Director, MLL Telecom, discusses how public sector connectivity means so much more to local councils than increased bandwidth, looking at how local government can tailor the procurement process to make the most of connectivity contracts to benefit local citizens

Traditionally, local authorities have been limited by poor broadband connectivity. The limitations of their legacy infrastructure has ultimately impacted their digital maturity. Today in a world dominated by digital services, local authorities can no longer afford to offer their citizens subpar connectivity options.

For some local authorities, the value of connectivity today simply equates to delivering good, continuous internet speeds, allowing staff members to access an intranet, or use online portals. But connectivity should deliver so much more than this. It should act as a significant enabler, underpin region-wide digital transformation efforts and make way for smart city initiatives. Effective connectivity should help to digitise many services offered or managed by a council; traffic management for example, or waste collection, and be pivotal in boosting local employment, social and digital inclusion.

Put simply, connectivity should be so much more than just network speeds. But tackling connectivity infrastructure can be a minefield for local authorities, and with so many willing providers and solutions available, it can be easier for public sector organisations to take a laissez-faire approach to enhancing their existing networks. BT signalled a substantial increase in its investment budget after throwing its weight behind the new government’s plan to accelerate the rollout of fibre-optic broadband.

Philip Jansen, chief executive, said that the company was ready to step up the construction of its next generation network. Boris Johnson wants every home and business to be hooked up to the internet through fibre-optic wires by 2025 — eight years earlier than the previous goal.

The company said that it had extended fibre lines to 1.5 million premises and was connecting 20,000 properties a week. However, the government’s ambition could require BT to bring forward substantial sums of planned spending, which would squeeze its finances in the near term. 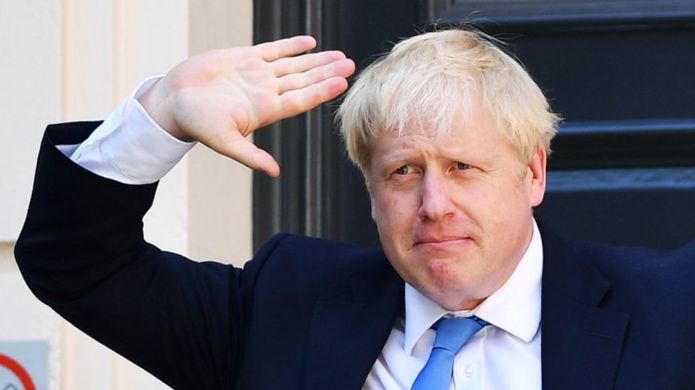 The UK’s telecoms industry has issued the prime minister a challenge of its own after Boris Johnson said he wanted full-fibre broadband “for all” by 2025.

An open letter says the target is possible, but only if the government tackles four problems causing delays.

It adds that all of the issues must be resolved “within the next 12 months” to achieve the high-speed internet goal.

But one expert said at least one of the measures was unachievable in that time frame.

Mr Johnson originally declared his desire to deliver the 100% rollout of fibre-optic broadband to properties across the UK “in five years at the outside” in an article for the Telegraph published before he won the leadership vote.

In it, he described the government’s former target of 2033 as being “laughably unambitious”.

BT ready to play part in fibre roll-out, on track after Q1

Britain’s biggest broadband provider, said it was ready to play its part in achieving new Prime Minister Johnson’s ambition to roll-out full-fibre across the country as it beat market expectations for first-quarter trading on Friday.

“On network investment, we welcome the government’s ambition for full fibre broadband across the country and we are confident we will see further steps to stimulate investment,” Chief Executive Philip Jansen said. 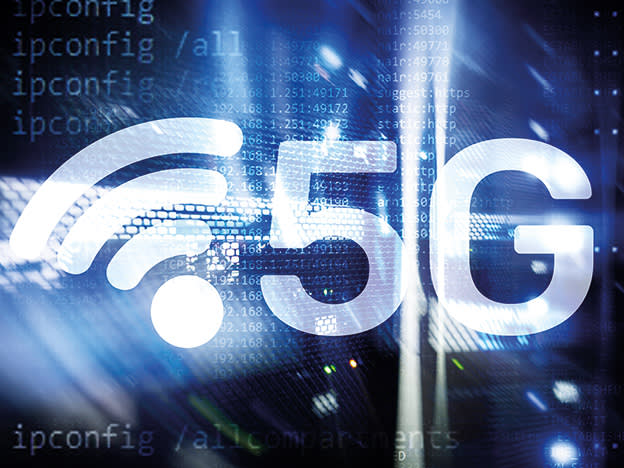 The dawn of 5G

“Merry Christmas” – the simple, yet pioneering first ever text message – sent in December 1992.

This was the era of second-generation, or ‘2G’ wireless network technology – succeeding the voice-only transmissions of the 1980s, when the cumbersome brick phone was the device du jour.