UK Ranks 36th in the World for 100Mbps Broadband Affordability 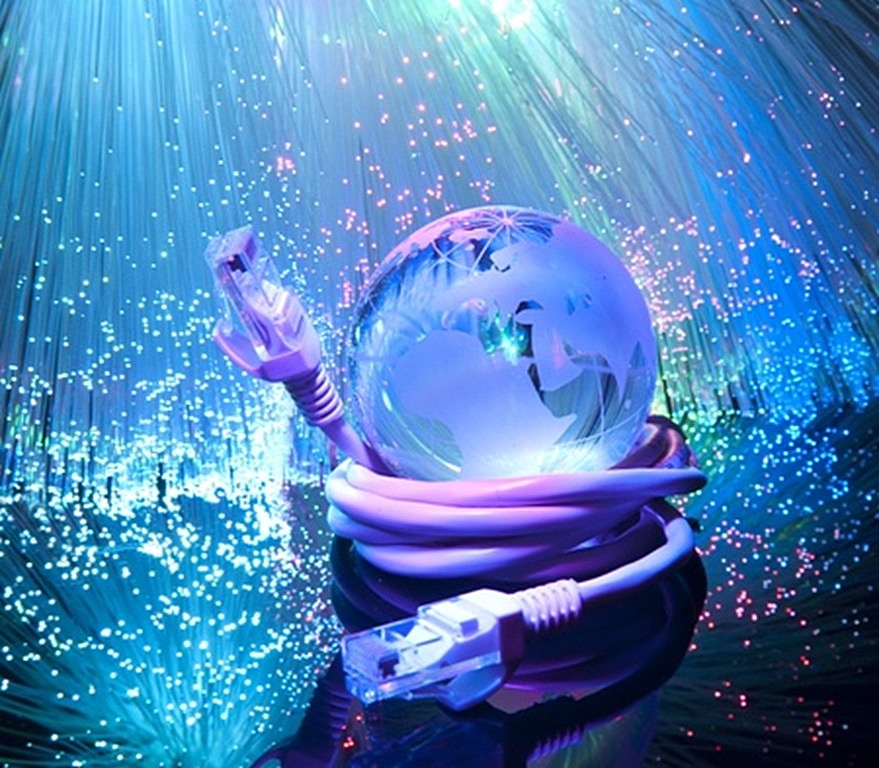 A new study has examined the affordability of unlimited “ultrafast broadband” (100Mbps) broadband packages from 233 of the markets biggest “fibre” ISPs across 62 countries. Overall the UK ranks a lowly 36th with consumers paying a monthly average of €39.78 for such plans, while in the Ukraine (cheapest) they pay just €5.60.

The study itself was conducted by discount firm Picodi but it’s very important to take their results with a pinch of salt, not least because the average package prices between ISPs and counties do not appear to have been weighted in the study to reflect the often huge differences in Purchasing Power Parity (PPP) between countries.

The application of PPP is vitally important because there can be huge differences between countries in terms of things like taxation, infrastructure standards, size of the state and salaries. For example, in the UK the average monthly salary is around £2,300 but in the Ukraine it’s just £340. So you might well pay significantly less for a 100Mbps service in the Ukraine but that’s not a fair apples-to-apples comparison.

As such a closer comparison for the UK might be France or Germany. Unfortunately France, as well as a handful of other countries, were ruled out of the table below because the lowest plan they have available is said to be 200Mbps. Meanwhile Germany is more expensive than the UK and charges €42.44 per month for the same sort of service. The full results table can be found below.

Despite this the UK is clearly more expensive than some close competitor countries, such as Spain, Portugal, Austria, Sweden and so forth. Many of those have a much larger coverage of Gigabit-capable “full fibre” broadband networks than we do, which is important as this tends to drive down the cost per Megabit of connectivity. 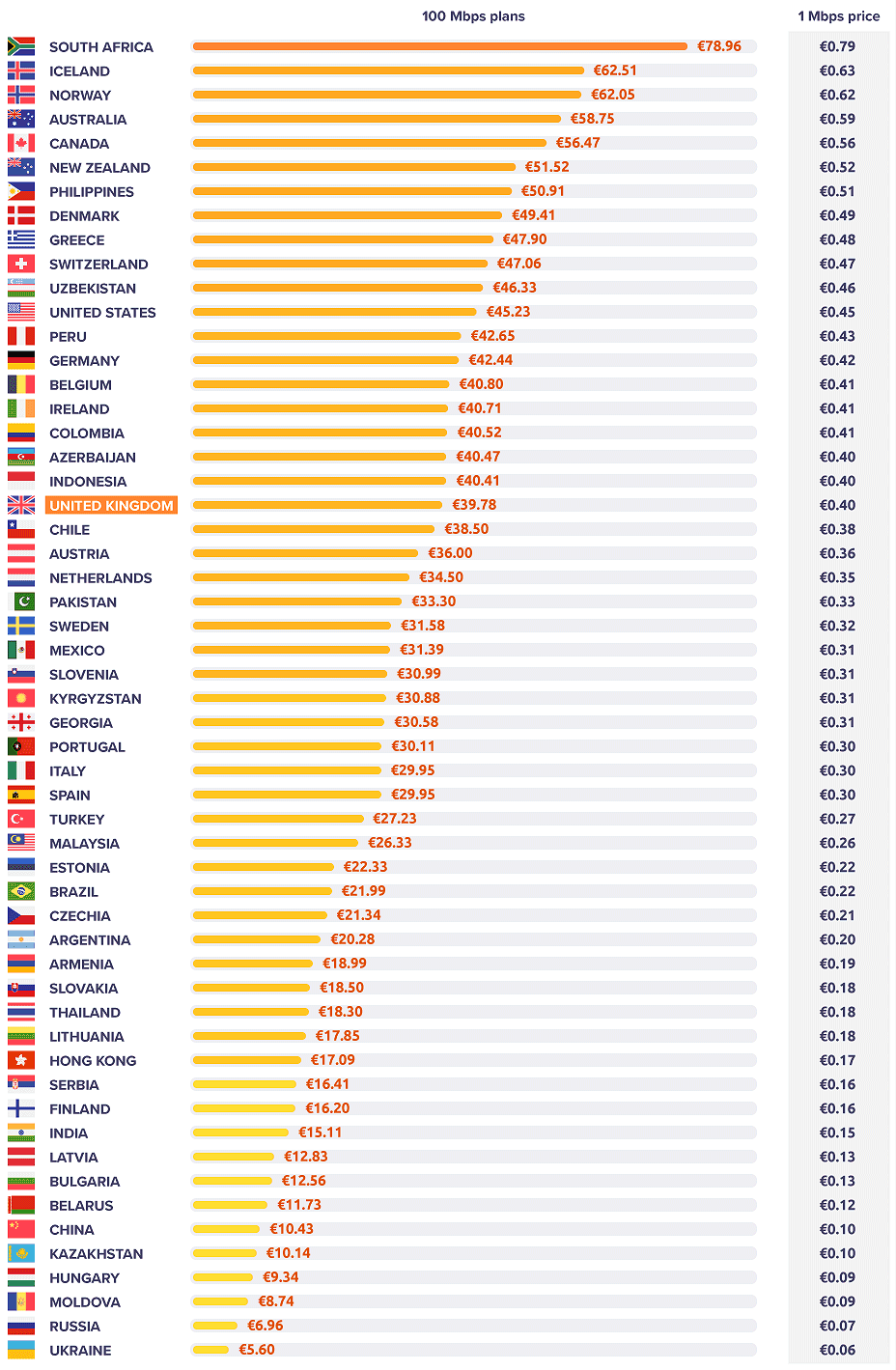 The study then attempted to present the data in a different way: what internet speed can you afford for the equivalent of €20 (around £16) per month? Out of 62 countries included in the report, 20 could not be ranked (Australia, Brazil, Germany, Switzerland, Chile, Italy, Portugal, USA and RSA) as the unlimited fibre services for residents from major providers tended to cost more than €20.

In this table it’s noted that consumers in the UK could expect to receive around 36Mbps (roughly equivalent to an entry-level FTTC service), which will of course be based on advertised rather than real-world rates. By comparison it was possible to take 1Gbps or faster packages for this in Poland, Romania, Moldova, India, Hungary, Latvia and Ukraine. Once again though, this is of little use unless you factor in PPP.