NHS Digital has published the Internet First policy and guidance to assist owners of digital services in health and care to make their services available over the internet.  This supports the UK government strategic direction and the Internet First architecture principles. The Secretary of State described these in his ‘vision for digital, data and technology vision for health and care’in October 2018, for digital services to be accessible over the internet.

NHS Digital are consulting with health and care organisations and digital service suppliers to understand the potential impact the Internet First policy and guidance could have on them and to find out what further support is required.

HSCN provides the ideal underlying network connectivity to support the increase in demand for internet connectivity as health and care organisations implement the Internet First policy. HSCN continues to provide private connectivity to access systems not yet available over the internet.

NHS Digital will commence full consultation with the commercial sector, health and care sector and central government on the development of a complimentary network operating model. Consultation is expected to commence in early summer 2019. 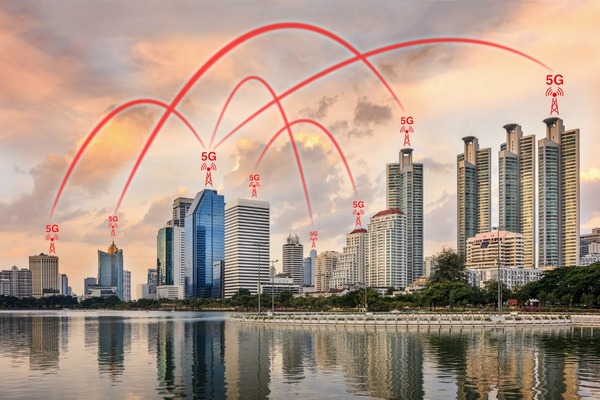 5G’s importance for smart cities has been underplayed

Everyone talks about 5G hype but Kevin Hasley RootMetrics & IHS Markit argues that the importance of 5G to connected communities and smart city success has been underplayed.

We’re entering the age of connected communities. Whether at home, at work or on the go, a strong and consistent network connection has become a necessity rather than a luxury. As smart cities become a reality, both enterprise and consumers will need even greater network reliability and faster speeds than that are available today.

Certainly, technologies like NB-IoT and LoRa have a role to play in our connected lives and are helping create a pathway to the future. But as the connected community continues to develop, no single technology will be able to meet all demands, at all times. This is why 5G remains so critical to the future growth of smart cities: delivering fast speeds, increased capacity and incredibly low latency, 5G will play a fundamental role in the infrastructure needed to support our increasingly connected lives.

A Glimpse Into Cloud-First Deployment Growth

Long gone are the days where public cloud infrastructure was primarily for application development or test environments. Enterprises today are increasingly turning to the cloud first to host their live applications in production—and much of that is now run in containerised environments.

From 2011 until now, the prevalence of infrastructure-as-a-service (IaaS) has grown from fringe occurrences to near ubiquity. Eight years ago just 17% of organisations stood up IaaS environments, compared to 58% today. And in the last four years, the use cases have changed dramatically, too. The percentage of users running applications in production has risen from 27% in 2015 to 49% in 2019. Meanwhile, the percentage of organisations running more than one in five of their applications as software-as-a-service (SaaS) has surged from 38% in 2013 to 67% in 2019. So say the latest figures from the Enterprise Strategy Group (ESG) 2019 Public Cloud Trends report.

5G opens the way for Internet of Things revolution

The pace of technological advance could quicken dramatically as 5G mobile devices are rolled out across the world.

The introduction of 5G mobile technology – with Vodafone announcing its network will launch in Glasgow in July after EE revealed its system would go live at the end of this month in Edinburgh – has been overshadowed by the row over the involvement of Chinese firm Huawei.

This may appear to be an incremental improvement on 4G – streaming videos will be smoother, downloads will be faster, gamers will be able to blast zombies in real sunlight. However, according to industry figures, the greater connectivity will finally allow the much-heralded ‘Internet of Things’ to become mainstream. Combine this with artificial intelligence (AI) and ‘machine learning’ and the possibilities start to explode. And those possibilities are both good and bad.

The Internet of Things (IoT) has been ripe for parody – why would the toaster want to ‘talk’ to the fridge and what would they have to say to each other? 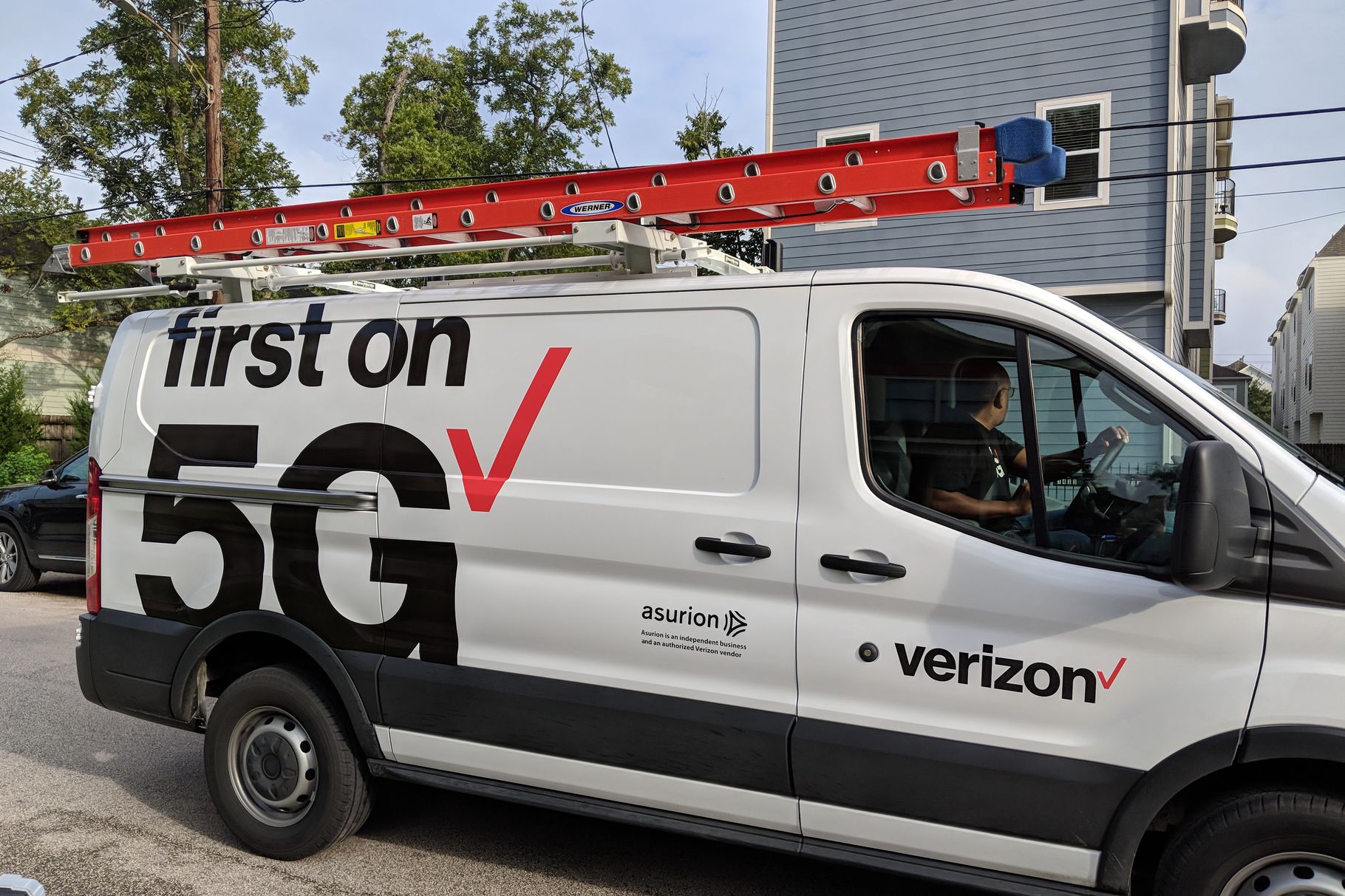 No one seems to have a good answer to this question

I have a dumb question that no one seems capable of answering directly: Why is 5G a race?

Everyone — the wireless industry, Democrats, Republicans, the major media, you name it — frames the building of next-generation 5G networks as a “race” in which the United States needs to demonstrate “leadership.”

Here is The Washington Post declaring America has the lead in the race to 5G. Here’s CNN asking “Who’s winning the race to 5G?” Here’s AT&T CEO Randall Stephenson declaring that China isn’t beating the US to 5G “yet,” as some sort of ominous warning. Here’s T-Mobile CEO John Legere telling the House Subcommittee on Communications and Technology that merging with Sprint will let his company “win the race to 5G.” Here is an entire microsite from industry lobbying group CTIA titled “The Race to 5G.”

Let us never forget AT&T being so desperate to lead this “race” that it rolled out fake 5Ge logos on its phones.

But the stakes of this supposed race are wholly unclear. What happens if we win, besides moile telecom execs getting slightly richer? More importantly, what are the drawbacks to coming in second, or even third? Where is the list of specific negative outcomes of China building a 5G network a month, a year, or even five years before the United States? I’ve never seen it, and I keep asking about it

Two London councils have presented the case for a cloud based, end-to-end back office digital system to support simple planning applications.

Southwark and Hackney have recommended the running of an alpha project to develop a minimum viable product (MVP) for a service to handle simple eight-week applications, which account for more than 50% of local authority planning officers’ time.

It follows a discovery project that they have carried out with the Connected Places Catapult, Greater London Authority and service design and digital product development agency Unboxed as part of the Ministry of Housing, Community’s and Local Government’s Local Digital Fund programme.

English councils could be forced to make draconian cuts to local services if Westminster does not pump extra cash into local government to avoid a £51.8bn black hole over the next six years.

This is according to the County Councils Network, which released figures today saying that even if local government in England raised council tax by 2.99% per year between 2019 and 2025, the funding gap would still be more than £30bn.

Paul Carter, CCN’s chair, said: “Over the last decade councils have played a crucial part in reducing the deficit, but the yearly compounding effect of funding cuts and rising demand means that the situation is fast becoming untenable.

“This research demonstrates the need for government to provide all councils with additional resources at the Spending Review, with the most significant financial challenges being experienced by county and metropolitan authorities most in need.”

The £51.8bn funding gap would only maintain services as they are currently run, the CCN added – plugging it would not improve or enhance them. The £30bn figure assumes that central government would allow councils to raise council tax bills by 2.99%, the organisation also said.

Councils in England were likely to end up offering residents a ‘bare minimum core offer’ to residents unless government provides extra funding, the CCN warned. “Yearly council tax, using their reserves, and making services more efficient and productive, will not be anywhere near enough to fill the funding gap”.

The incumbent ISP for Hull and East Riding (East Yorkshire), KCOM, appears to have announced the “completion” of their £85m “Lightstream” roll-out, which means that nearly all of the 200,000+ premises within their network area should now be within reach of a 900Mbps+ Fibre-to-the-Premises (FTTP) service.

The operator’s target was to ensure that “every KCOM customer will have access to Lightstream .. by March 2019,” which in reality means that around 96% of premises within their addressable network area can now access a “full fibre” connection and roughly 4% can take a slower 75Mbps capable Fibre-to-the-Cabinet (FTTC / VDSL2) solution. But we wouldn’t be surprised if a few tiny bits of ADSL-only still exist in awkward areas. 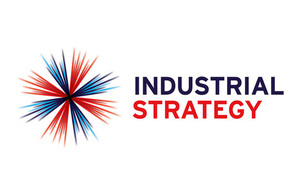 31 schools in rural areas amongst the first to benefit

The starting gun has been fired on a programme to rollout gigabit-capable full fibre broadband to the most rural and remote locations in the UK, Digital Secretary Jeremy Wright announced today.

Last summer, Government identified that approximately 10 per cent of UK premises, largely in rural and remote areas, would be unlikely to receive gigabit-capable connections commercially by 2033.

An “Outside In” approach is being taken to make sure rural areas are not disadvantaged in the race for full fibre broadband. This new approach will help ensure that the identified 10 per cent of premises are reached at the same time as the commercial roll out happens across the UK.

The Rural Gigabit Connectivity (RGC) programme, launched today, is the first step of this approach.