The new Prime Minister faces an intimidating in-tray of economic challenges. Of these, the UK’s deep regional divides may be the most deeply ingrained.

Disparate experiences of globalisation and technological change have made the UK one of the most geographically imbalanced economies in Europe. Regional differences in skills, business support, and investment are limiting the nation’s overall potential.

To help address this and find ways to reinvigorate the regions and nations, the IoD drew upon an IoD Policy Voice survey of over 1,000 of our members, interviews with stakeholders across the UK, and insights from our regional and policy teams to produce a new report, Connected Economies, People, and Places. The report, authored by IoD Chief Economist Tej Parikh, makes a series of fresh recommendations to drive up competitiveness as we leave the EU.

To date, the Industrial Strategy has offered a valuable starting point on the regional growth agenda, but the report argues that the UK will need the institutional structures and long-term funding channels to deliver it effectively. Local areas will also require greater autonomy, to invest in their specialisms and to create more responsive local labour markets and business support systems up and down the country. Policymakers will also have to think outside the box to help regenerate rural, coastal and post-industrial parts of the country with investment incentives and support to showcase opportunities beyond London and the Southeast.

From promise to delivery: Overcoming the strategy problem in the public sector

To deliver better strategies and outcomes, governments need to tackle social dynamics in the cabinet room.

The purpose of government is to improve the lives of citizens and make society better off for the future. That is true in every aspect of public-sector responsibility, from healthcare reforms that attempt to enhance patient well-being to efforts to reduce carbon emissions and initiatives to promote economic growth. As a result, government leaders often paint a “hockey stick” into the future; after an initial period of little change, sharp improvements in performance are forecast two or three years in the future.

Unfortunately, few governments are able to deliver the promised impact. Yet that does not deter public-sector planners from making equally bold forecasts for subsequent years. As a result, unrealized hockey sticks string together and the ugly cousin of the hockey stick appears, the “hairy back.” Exhibit 1 shows that this effect is not an isolated phenomenon. Hockey sticks are drawn repeatedly, for everything from global economic growth projections to country-level productivity growth to unemployment reduction to cost estimates of major infrastructure projects. The optimistic projections continue, even in the face of actual results that have stayed roughly flat—or worsened.

Why does this happen? The book Strategy Beyond the Hockey Stick shines a spotlight on the human biases and social games that result in hockey sticks and hairy backs in the private sector—and hold the majority of companies back from effective strategy development and execution.

The public-sector context is very different: at first glance it may seem that the lessons from private-sector strategy have little relevance for governments. Yet the dynamics in the cabinet room are not so different from those in the board room. Social games are perhaps even more deep-seated in the public sector than in private firms—and they often prevent governments from shaping and executing clear strategies to turn their forecasts into reality.

Networks may not destroy us, but they won’t save us

Anyone who has visited their GP recently will be aware of the pressures: the struggle to get an appointment, the difficulty of seeing the same GP more than once, the rush to get you out of the door for the next patient.

The crisis in general practice is unprecedented, with more than half of all GPs regarding their morale as either low or very low, and over half considering early retirement. Thus, we could find ourselves in a scenario of not having enough GPs to replace the ones leaving the NHS, which would, of course, have terrible impacts on patient care. And at the end of the day, patients are why we entered the profession, and amid all the political changes, remain our upmost concern and reliable constant.

The proportion of GPs serving every 100,000 people has dropped from 70 in 2009/10 to 66.5 now. The health secretary (possibly only until 24th July…) Matt Hancock fails to understand the severity of the situation facing general practice in England.

There has been systematic underinvestment in general practice, relative to hospitals, for at least a decade. During this time, the job of a GP has become considered unattractive, largely thanks to its heavy workload and the stresses of seemingly relentless criticism in the media. 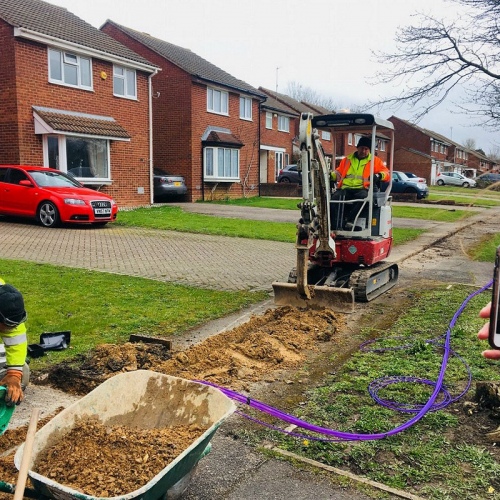 Cityfibre has today confirmed the next 14 UK cities and towns (only three are new additions) to benefit from Phase Two their £2.5bn rollout of a new Gigabit capable Fibre-to-the-Home broadband network, which is being supported by residential ISP partner Vodafone and aims to cover 5 million premises by 2025.

The £2.5bn project was first announced last October 2018, which included a list of the 37 towns and cities being targeted and today’s announcement effectively brings this to 41 with the addition of Inverness, Ipswich and Lowestoft. As usual these are all locations where Cityfibre already has or will soon have a Dark Fibre network to build outwards from (initially used for connecting public sector and / or business sites). 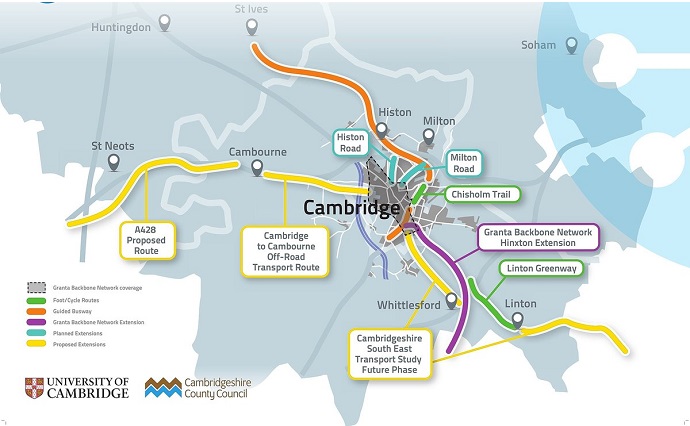 Cambridgeshire to expand and open up fibre network

Cambridgeshire County Council and the University of Cambridge have created a joint venture company to expand and exploit the county’s digital infrastructure.

Named Light Blue Fibre, it is bringing in technical experts from the university and making both organisations’ duct and fibre networks, totalling over 100km, available on a commercial basis.

It is aiming to attract telecoms companies, infrastructure providers and local technology businesses that are looking to use full fibre networks without heavy investment.

Cambridgeshire’s commercial and investment committee supported the setting up of the company in February, and the joint venture agreement was signed in May.

Both organisations have plans to expand their duct and fibre assets. The council recently approved a policy to include fibre ducting in the construction of all new major roads, footway and cycle paths.

The university owns the Granta Backbone Network that covers a large part of the city and radiates out to strategic locations.

Despite accelerated adoption of public cloud services by companies keen to benefit from increased efficiency, scalability and agility, most security professionals have reservations.

An overwhelming majority of cyber security professionals (93%) say they are moderately to highly concerned about public cloud security, a survey reveals.

Although cloud providers offer increasingly robust security measures, the survey report notes that customers are ultimately responsible for securing their workloads in the cloud.

Postholder will play ‘a critical role’ in designing department’s networks.

The Department for Work and Pensions is offering an annual salary of £105,000 in its bid to recruit a head of hybrid cloud services.

The chosen candidate will sit at the head of a team of about 100 people who are “focused on providing a portfolio of hosting products and services to support the transformation of DWP applications”.

The hybrid cloud head “will play a critical role in design, build and operation of the department’s strategic hosting environments in hyperscale public cloud providers as well as its on-premises hosting infrastructure”.  The successful applicant will work with other senior managers in DWP’s digital and tech team, as well as representatives of other departments. 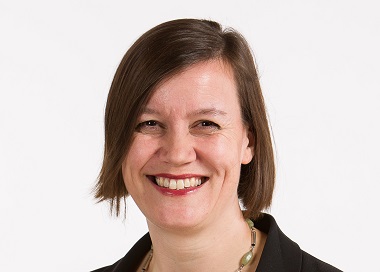 Parliament’s Public Accounts Committee (PAC) has said it is not convinced that the Home Office has turned around the long delayed Emergency Services Network (ESN) programme.

It has published  that predicts further delays and cost increases, saying the delivery plan is not sufficiently robust and the department lacks the skills to make it work.

The report intensifies the pressure on the Home Office following the National Audit Office’s  of the programme in its own report.

The programme to deliver the ESN – the communications network for emergency services to replace Airwave – is now three years late and expected to cost at least £3.1 billion more than £6.2 billion originally estimated.

The PAC report says the Home Office’s original approach was far too optimistic given the level of risk, with insufficient governance arrangements, and the ‘reset’ announced in 2018 has not done enough. There are still substantial levels of technical and commercial risk and a lack of confidence among services that will use the network.

Glasgow City Council is taking part in a project to test the use of augmented reality (AR) and mixed reality (MR) harnessing 5G for public transport.

The technology is to be used to provide ‘infotainment’ services in a demonstrator on the Glasgow Metro, following a first use on the Seoul Metro in South Korea.

This follows its winning bid for £2.4 million in support – half from the Department for Digital, Culture, Media and Sport (DCMS) and half from the South Korean Government – to explore the use of 5G on transport systems.

Glasgow is taking part as a member of the 5G RailNext consortium, which also includes Cisco, the University of Strathclyde and British SMEs Soluis and Ampletime.

The project will run from next month until March 2021 and involve providing services including travel information, video streaming and gaming through wearable devices such as headsets.

It has won backing as part of the Government’s £200 million 5G Testbeds and Trials Progamme, aimed at boosting the ecosystem for the technology in the UK.