First to 5G? For smartphone users, the race is kind of meaningless

EE is the first UK carrier to jump to 5G. But for most consumers, the upgrade just isn’t worth it yet.

Pop the champagne and polish the medals, for the competition to be first to 5G has declared its victors.

UK carrier EE turned on the first 5G network in its home country on Thursday, beating its rivals to the punch. EE joins Verizon and Swisscom as “winners” of the race to being the first in a given country to offer customers the next generation of network speeds.

5G is the successor to 4G, and its higher speeds will enable new experiences, from autonomous cars to seamlessly integrated smart homes. For a handful of early adopters out there, EE’s 5G switch-on will bring the first taste of whizzier, much-hyped mobile internet.

But it’s crucial to recognize that it will just be a handful. Initially, 5G will only be available in the busiest and most central parts of the small number of launch cities. The rest of the time, you’ll be connected to the good old-fashioned 4G network.

So it may be worth holding off on upgrading to a 5G phone contract for now.

Here lies the awkward period when 5G transforms from relentless hype to reality. It’s a point of pride for a network to switch on 5G first, and you’ll hear a carrier trumpet the claim in countless commercials. But it doesn’t necessarily reflect when you’ll get 5G or the ultimate strength of your network’s 5G offering. Keep in mind, the industry celebrates many 5G milestones, even if most average phone users couldn’t care less.

This is the latest instalment of an exclusive series analysing the UK’s biggest public sector tech deals. Every week, in partnership with the data analysis firm Tussell, we drill down into the most valuable tenders and awards from the last seven days. Here’s what we found this week…

Manchester Airport has unveiled plans to launch a software reseller framework worth £18m. The notice is unusually light on detail, but the framework is likely to form a part of the airport’s broader £1bn transformation programme. The airport, the largest outside of London, also created a £19m framework for the provision of its IT services last year.

The biggest tender of the week comes from NHS-Digital, which is launching a £500m framework for digital care services. It will provide “contract vehicles for, amongst others, GPs practices, Clinical Commissioning Groups and other NHS providers to purchase systems and services”, the notice states. The deadline for applications is 5 July.

Cadence Partnership has secured one of the largest awards announced last week: a £16.5m deal to provide implementation, delivery and transition services to the Department for Education. The contract began last June and will run for two years. 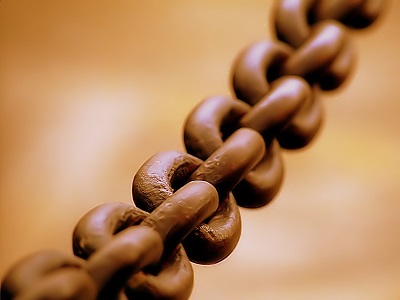 Blockchain ‘beneficial but not yet transformative for public services’

Blockchain in its current form can provide benefits for public services but is not yet transformative or disruptive, according to a new report.

Blockchain for digital government, published by the ISA2interoperability group in the European Commission, also proposes a framework of policy steps to exploit the potential, saying the priority is for the technology and ecosystem to become more mature

The report is based on a series of case studies across European countries, looking at what activities can be supported by distributed ledger technology, the benefits for digital government, which ongoing services can be scaled up and what policy actions are needed.

It highlights three main functions within blockchain that can be useful in digital public services – notarisation, the provision of a shared database and workflow automation – saying the services that use the first are the most mature.

Among the other findings are that projects with a high level of maturity tend to be less complex with more centralised governance; that blockchain services already in place respond to clear business needs and have an active public sector actor and technology partner; and they are predominantly based on open source software.

In addition, blockchain is always just one layer of a more developed service that usually runs on top of a legacy-type database. 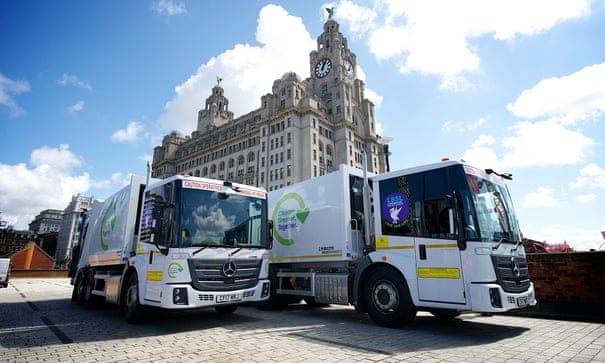 After 40 years of awarding contracts to the private sector, insourcing is now the way for local authorities to cut costs and improve quality

Chris Morgan got a job as an electrician repairing council houses in Stoke-on-Trent just over five years ago. Although he enjoyed his job, Morgan, 36, says he did not always feel he could raise issues with his line manager. “Our supervisors weren’t always in the trade we were in,” he says. The city council had outsourced its housing repairs service to Kier group in 2008. But since the council brought the work in-house last year, Morgan says he feels happier. “I know my supervisor knows what I’m on about. It makes me more confident,” he says. “We have had extra talks, health and safety training. They have put in a new canteen and showers, so the facilities are better too.” And with a £1,000 pay rise, plus an extra £500 for doing asbestos work, Morgan is also a bit better off.

Now all repairs, maintenance and home improvements to the council’s housing stock, as well as public building maintenance, are in-house.

A report by the Association for Public Service Excellence (APSE) published today, shows that Stoke is far from unusual, with 77% of UK councils planning to bring services back in-house this year. And the report calculates that between 2016 and 2018, at least 220 local government contracts have been brought back into council control. 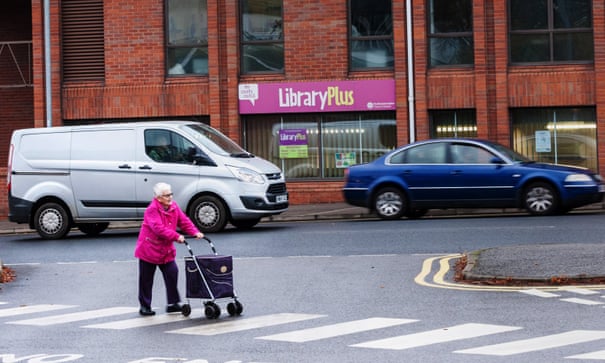 Council spending on local services down 21% over past decade

Council spending on local services has fallen by more than a fifth since 2010, according to a report from Britain’s leading independent economics thinktank.

In a reflection of the austerity drive imposed on local authorities by Conservative-led governments during the past decade, the Institute for Fiscal Studies said spending on services in England had fallen by 21% between 2009-10 and 2017-18.

In a sign of the increasing difficulties facing local authorities across the country, the leading tax and spending thinktank also said the funds available to councils would become increasingly inadequate in the 2020s, rendering the current financing system for the country’s local authorities through council tax and business rates unsustainable. 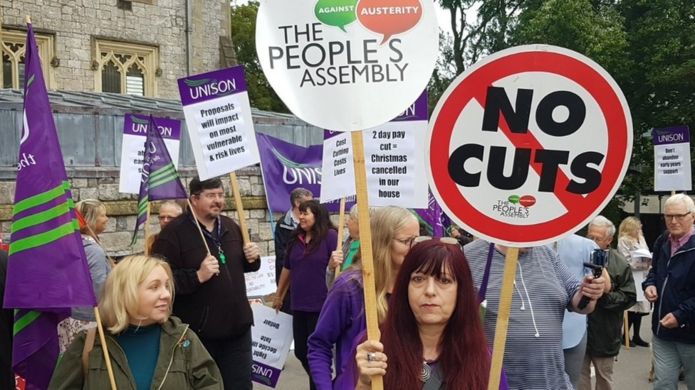 Some councils in England have been warned they risk running out of cash reserves if recent spending continues.

Analysis by the BBC has identified 11 authorities the Chartered Institute of Public Finance and Accountancy (Cipfa) said would have “fully exhausted” reserves within four years unless they topped them up.

The government said councils were responsible for managing their funds.

Councils have faced cuts to their government funding and rising demand for services such as social care, while MPs have warned children’s services are at “breaking point” .

Cash reserves – money held back for specific projects or emergencies, such as flooding – are seen as a measure of financial security.

The publicly owned YPO has signed a four-year contract with Amazon Business to supply goods and services to public sector bodies including local authorities, multi-academy trusts and universities.

The deal, which is worth up to £400m, will offer public sector customers who are buying from Amazon Business access to a much wider range of products.

Amazon Business provides access to hundreds of millions of products from tens of thousands of smaller independent suppliers from across the UK, helping customers to save time and money.

By accessing Amazon Business through Wakefield-based YPO, which is one of the UK’s largest public sector buying organisations, customers will be earning income for the public purse.

A percentage of each sale will be given back to the public sector. 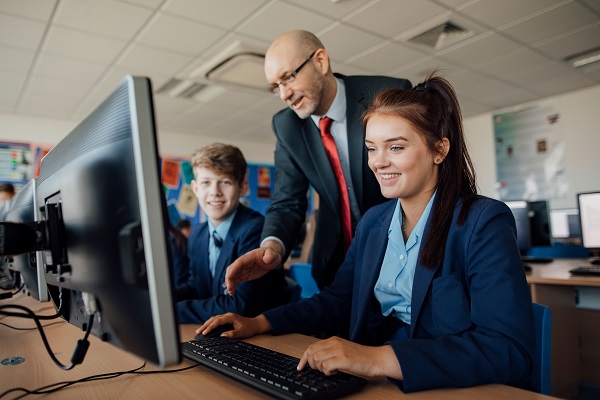 Educational tech provider charity LGfL has announced a doubling of the capacity of its Ignite broadband network for schools.

The increase comes from a deal with supplier Virgin Media Business and should affect approximately 3,000 schools across the UK.

Under the refreshed plans, all schools will be offered free upgrades to a minimum connection of 100Mbps (for both upload and download) with LGfL schools on average receiving a 200% plus boost in their bandwidth. This should enable hundreds of schools to increase their connection speed to 1Gbps. 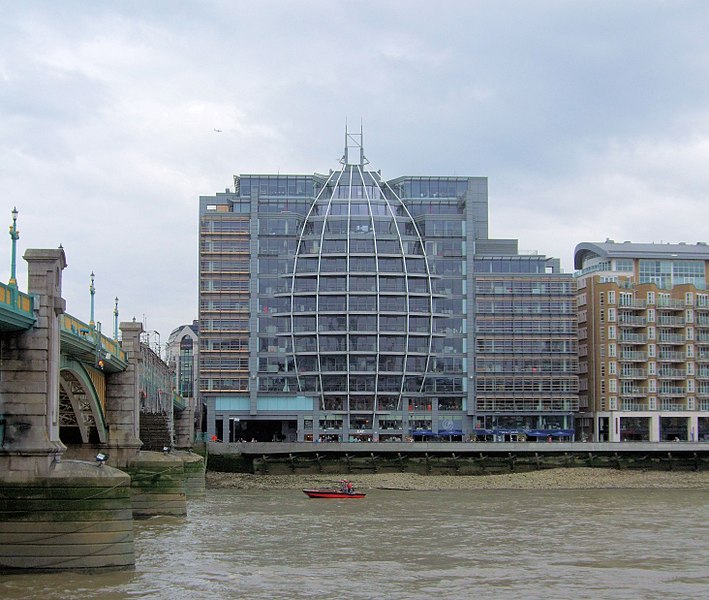 The UK Office of Communications (Ofcom) said that it has drafted a set of new rules aimed at supporting fibre investment by enabling rival companies better access to Openreach’s infrastructure.

The regulator said that firms involved in laying high-speed fibre cables for broadband and mobile networks will benefit from greater access to the telegraph poles and underground tunnels of Openreach under the new rules proposed by it.

Under rules set by Ofcom in 2018, Openreach, which maintains the main broadband network in the UK, is already obligated to allow rival firms to use its telegraph poles and underground ‘ducts’ to lay their own fibre networks.